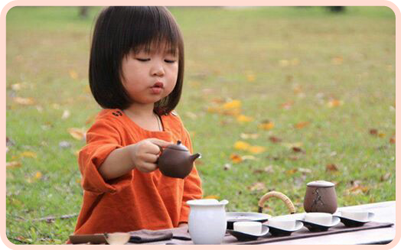 Tea has a long history that spans across numerous countries over thousands of years.Â  Legend says that tea originated in 2737 BC when the highly-disliked Emperor Shen Nung of China was removed from power and driven out to an isolated spot in Southern China.Â  Having no money to drink anything else but water, Shen Nung happened to be sitting under a tree one day when a gust of wind dropped a few leaves into his cup of boiling water.Â  He loved the blend and found it so relaxing that he sat under that tree for the next seven years and wouldnâ€™t drink anything else.

People in China were the first drinkers of tea, and they did so for hundreds of years before it was finally discovered by European explorers.Â  The Chinese thought tea to be hugely beneficial for health and eventually it was used as a religious offering!Â  A scarce and rare product, tea was only consumed by royalty and it wasnâ€™t until the discovery of more kinds of tea plants during the Tang Dynasty that tea became available for people of lower classes.

Since the ancient Chinese beverage was introduced to Western society, it has constantly been associated with ladies. This is not to mention the important role that women played in the history of tea in the Eastern world.Â  From the beverageâ€™s introduction to England in the 17th century to the various connections between tea and the modern womenâ€™s movement, tea and woman seem to go hand in hand.Â  There are countless intriguing tidbits that will make you stop, think, and hopefully smile next time you take a sip of your tea liquor.Â Â 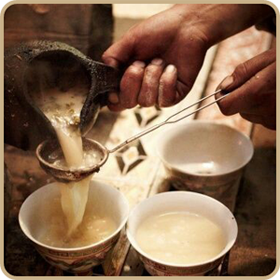 Butter makes everything better, and the same holds true for tea.Â  In Tibet po cha or butter tea is the beverage of choice for those who call this mountainous country home.Â  Tea was first introduced to Tibet during the reign of Chinaâ€™s Tang Dynasty, and butter tea quickly became a staple with reports of the tea being consumed an average 60 times a day!Â  Butter tea is a savoury drink composed of a regional black tea called Pemagul, yak butter, milk and salt.Â  The preparation of the tea is historically lengthy, requiring the Pemagul to be crushed, soaked in cold water, steeped for multiple hours and placed into a traditional churn called a chandong where butter, milk and salt are thoroughly churned and incorporated into the beverage.Â  This process can be significantly sped up by using the modern conveniences of loose-leaf tea and a French press.Â  Butter tea is the perfect way to warm up on a chilly day. 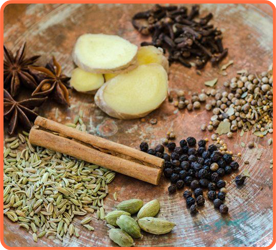 India produces and consumes more tea than any other country in the world.Â Â Chai is the national drink in India and it is served literally on every street corner, especially in crowded train stations, where you can see people selling it at all times of the day and night.Â  If you ever get invited to an Indian house prepare yourself to taste a sweet and a bit spiced milk-tea. 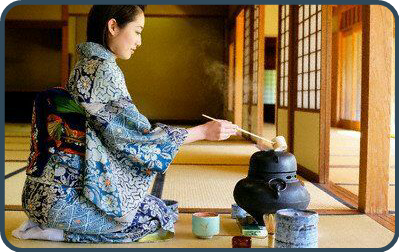 The Japanese tea ceremony evolved under the influence of Zen Buddhism, aims to attain a perfect balance between nature and the human soul. This is done by performing the task of making tea in a series of graceful movements which, when done by a master, are a wonder to watch. BecauseÂ chanoyu, the Japanese tea ceremony, is closely linked to the appreciation of art, nature and surroundings, it has had a great deal of influence on architecture, gardening, ceramics, and flower arranging. Japanese table manners are also derived from its essential etiquette. 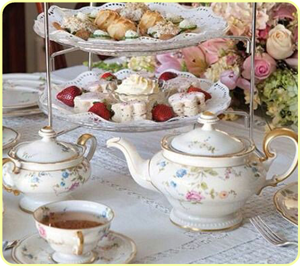 In British tradition, the termsÂ Afternoon Tea, Cream Tea or Devonshire Cream Tea and even High Tea can be quite confusing.

The British tradition of High Tea began in the mid 1700s as an afternoon meal, usually served between 3 and 4 oâ€™clock.Â  It was designed for the working man and was taken standing or sitting on a tall stool or table, hence the term “high”.Â  The meal would generally consist of tea served with cakes, scones, and cheese on toast or thick sliced bread and butter and cooked meats.

Anna Maria Russell, the Duchess of Bedford (1788-1861) is believed to be the creator of the official “English teatime” for the upperÂ classes, while visiting theÂ 5th Duke of RutlandÂ atÂ  Belvoir Castle Â in the mid-1840s. 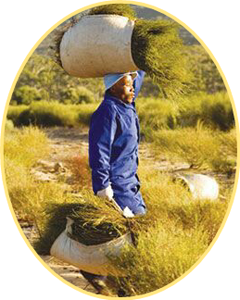 During the 18th century,Â dinnerÂ came to be served later and later in the day until by the early 19th century, the normal time was between 7:00 and 8:30 p.m. An extra meal calledÂ luncheonÂ had been created to fill the midday gap between breakfast and dinner, but as this new meal was very light, the long afternoon with no refreshment at all left people feeling hungry.

Rooibos tea, made from the plantÂ Aspalathus linearis, is a well-known herbal tea enjoyed in over 37 countries around the world. Rooibos is pronounced (roy-bos) or Redbush is a smooth, caffeine free herbal tea originating from Africa . It is one of the most commercially cultivated crops in South Africa and contributes greatly to the welfare and cultural heritage of local communities of the Western Cape . There are a variety of forms and types including, red, black, red-brown and grey rooibos with one of the red types, named Nortier, being the one weâ€™ve come to know and appreciate as our rooibos tea.

Tea is a huge part of Russian culture. Making its first appearance several centuries ago, this hot drink has conquered the heart of Russians, becoming an integral part of everyday life.

Nowadays, there are hundreds of kinds of tea, as well as drinking habits, but weâ€™re most interested in looking at the traditional aspects. Here are a few elements of the time-honouredÂ Russian tea ceremony. 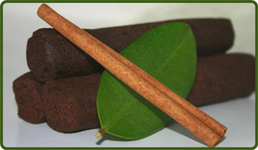 Did you know that any hot drink you have along with breakfast in the Caribbean is mainly refereed to as being ‘tea’? That being said, here’s the most classic of Caribbean tea…. Cocoa Tea! A warm and delicious drink infused with spices of cinnamon and nutmeg. The Caribbean has many cacao trees and cocoa pods are in abundance, each bearing lots of cocoa beans. Try this recipe.